You’d think that someone would start small and work up to a 75 pound salmon but Jack does it the opposite way.  When coming to Alaska years ago he caught the huge salmon first and then is working down and crossing the small fish off his list as he goes.

This summer he got his first Arctic Grayling.  Six to be exact.  We kept the first few and cooked them for dinner, but they were a bit mushy and muddy tasting, at least compared to the beautiful trout we’ve been getting.  From now on we’ll catch and release grayling.

Arctic Grayling are actually endangered in the lower 48.  In Alaska though they are quite abundant.

Here are some photos from our late summer Steese Highway camping trip and Jack’s first grayling.  Click on the first one and scroll to the right for the best viewing.  Hope you all had a great summer. 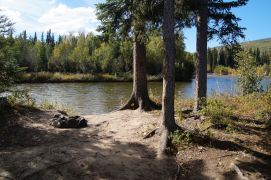 You can’t get a better camping spot than this one right by the river.

Jack trying to remember how to tie a leader onto the line.

There it is, his first grayling.

We were saddened to see that this one never got to deposit its eggs. 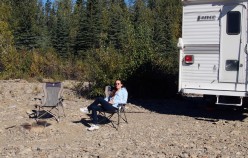 Jack’s wife, me, enjoying the sun.

Jack next to his beauty of a firepit. 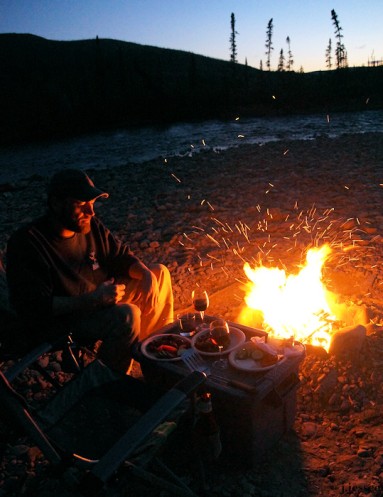 Ready for a lovely dinner. Better get close to the campfire though, it’s chilly.