The first ten or so of these photos are from when Jack drove into Prudhoe Bay June 6th.  The rest are from when he was leaving Prudhoe about 4 hours later.  The place is barely recognizable.  There’s more info on the captions. Click on the first one and scroll to the right. 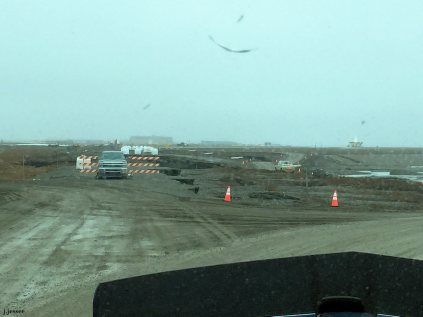 The original road goes straight – the detour is to the right. 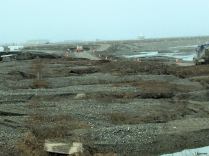 This is wash out between the original road and the detour road. 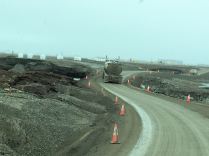 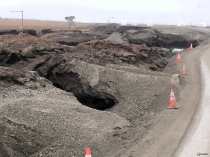 You can see the delineator marking the right side of the old road, on the far left in the photo. 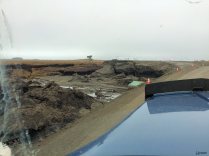 Now you can see new culverts and the orange fiber optic cable that ran along the old road, now exposed. 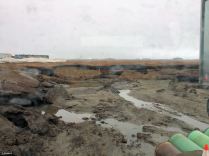 The window is up, sorry. The old road was right there where that big hole is. 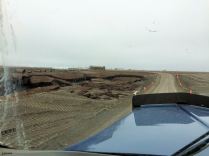 Those are culverts (on the left) that were used to try to save the road, but they didn’t work. 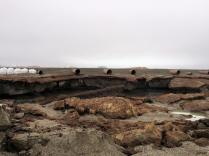 They used super sacks (on the left, big white sand bags) to line the road while they filled it in. It was eaten away though as evidenced by the collapsed tundra. Water started eroding the tundra and exposed layers of ice. 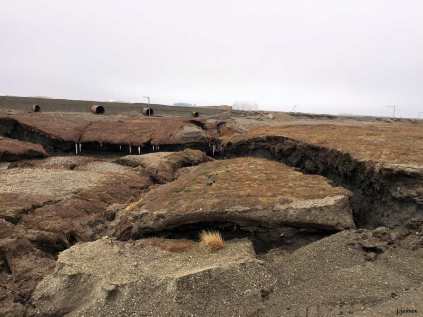 This tundra was supported by ice that has been eroded/melted. 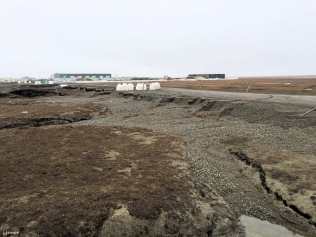 Looking south at the end of the detour. 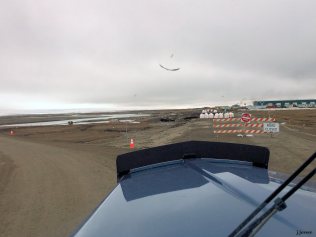 Now Jack is heading out of Prudhoe with the detour to the left. 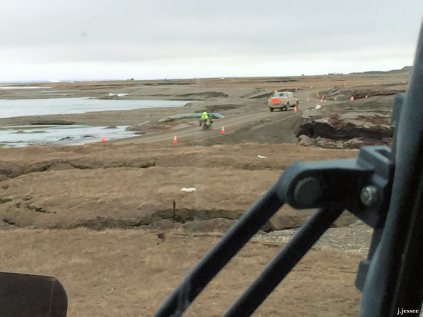 Motorcycle tourists are common even this early in the season. 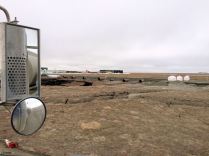 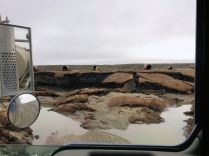 The water from the Sag River eroded ice and material from under the road. 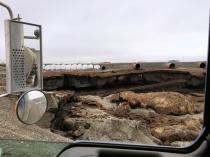 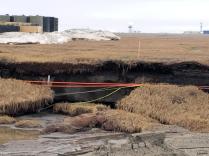 Here is the orange fiber optic cable that was buried next to the old road with a layer of ice behind it. Prehistoric ice, that is. 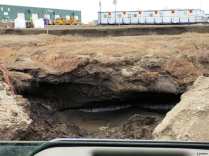 Layers of ice under the tundra. 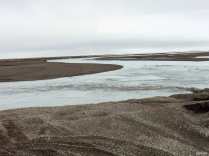 On the left, the Sag River, the culprit. 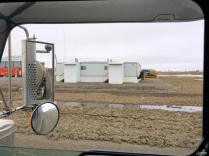 The base of this building was underwater a short time ago. 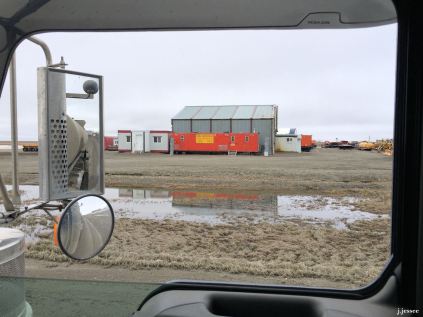 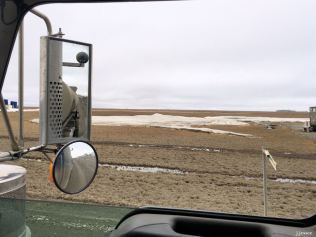 Just snow that hasn’t melted yet. 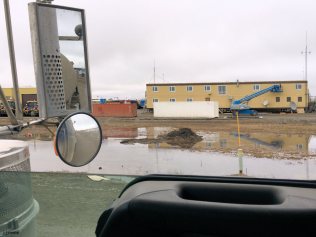 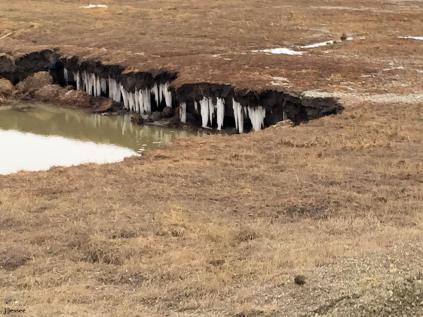 Melt water that has frozen over night. 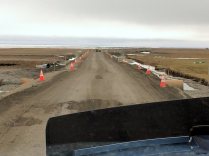 On the right, that gap between the road and the tundra used to be road. 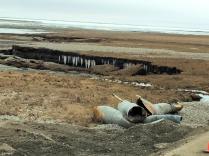 The pieces of 4×4 at the ends of the crumpled culverts are used for marking the ends. 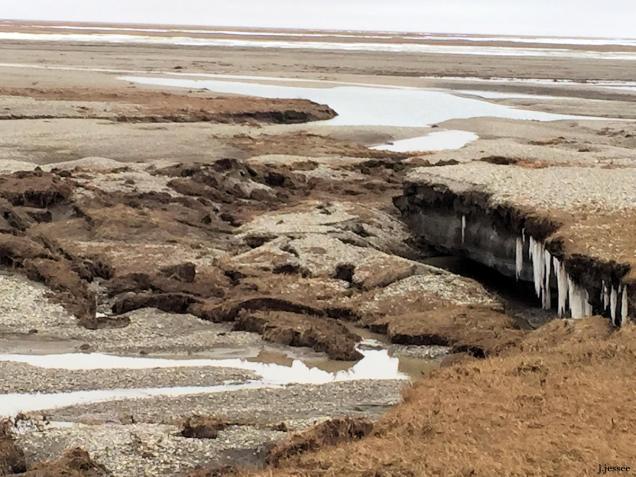 Gravel from the old road on top of tundra on top of ice. More on the next post.