Here’s a gallery of photos of various loads Jack has hauled or encountered in his days of driving the Dalton.  Click on the first one and scroll to the right.

Coming back from Prudhoe with a dozer.

Heading north with a dozer in the summertime, fueling up at Hilltop.

Making room for a wide load climbing 3 Mile on the Dalton.

Chained up to start the trip from Hilltop going north (Jack was pushing).. 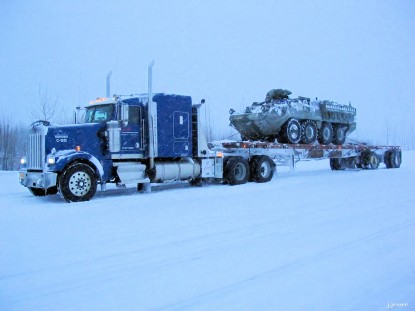 A Stryker, going to Anchorage. 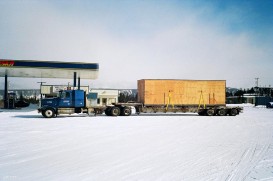 A turbine in a box in Healy, going to Prudhoe.

Eighty foot pipe for a pipeline.

Who knows what’s in this mod going to Prudhoe. 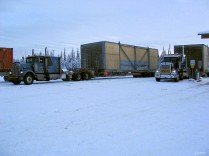 A couple of cooling units in Glennallen after they were barged to Valdez. 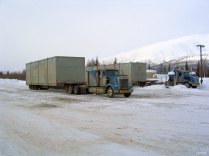 The same kind of load, but turned around and very dirty. Fueling up in Coldfoot.

Not a very big loader but weight restrictions during break up resulted in this long trailer.

Somebody is being funny. 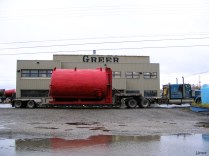 An insulated tank from Greer Welding. 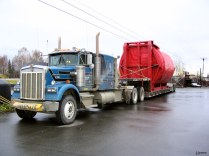 Same load. This tank can sit on its end or on its side.

A mod, not covered with plastic.

The same mod – Jack is pushing it to Prudhoe.

The same trailer (with booster decked up) being pushed back to Fairbanks.
Join 368 other subscribers