Jack and I found the most amazing sight back in 2006 when we pulled into Happy Valley along the Dalton Highway.  Happy Valley is a former pipeline camp at about mile 335 that now is a gravel pullout where various storage units are kept.  There’s an airstrip that hunters and Fish & Game use, and Jack has seen mushers there too.

A raven built a nest in a set of moose antlers on the side of a building and 2 young ravens were in it!

This raven nest, with 2 babies in it, is built in a set of moose antlers on the side of a building!

You can see how much of a mess the raven family has made with guano all over the steps, propane tanks and the side of the building. 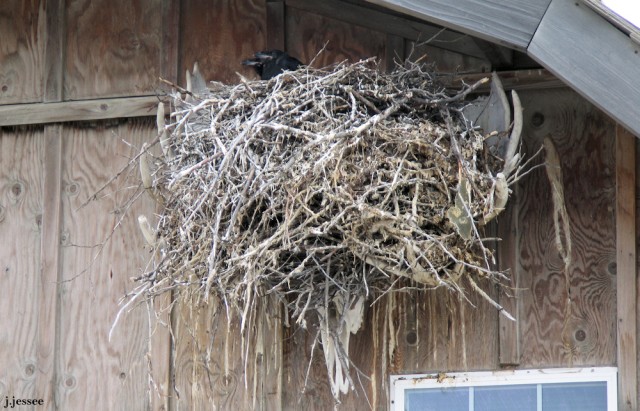 What a work of art!

The “babies” were absolutely quiet and watchful while I snapped photos and even climbed up on a nearby truck to get on the same level as them.  They did not seem traumatized. 🙂

Jack had a close encounter with a very friendly raven a few years ago too. 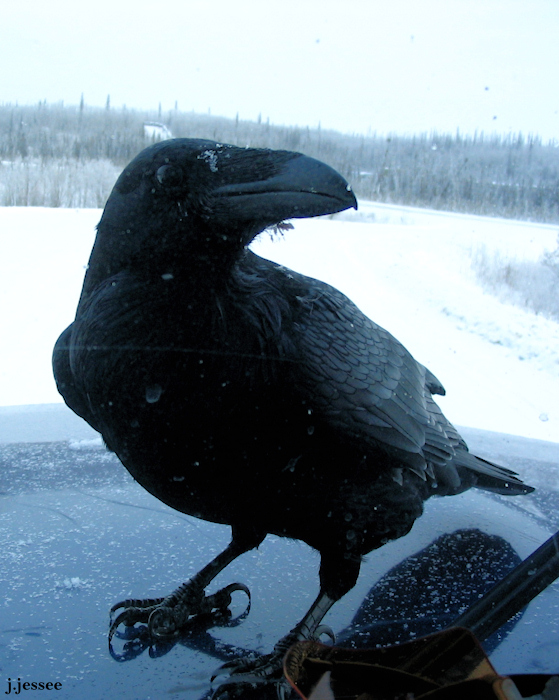 Raven sitting on Jack’s truck hood and peering inside the cab. 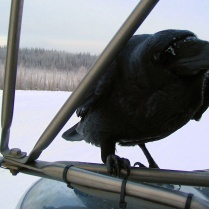 Don’t worry, I discussed with Jack how it’s not appropriate to feed wild animals and that it might even be against the law! 🙂

They are amazing creatures.  So smart!

3 comments on “Ravens on the Dalton”